I’m not trying to blaspheme when I say this but the picture or image that came to mind when walking towards the Lincoln Memorial on Sunday to enjoy music, see stars of screen and stage, and to listen to Barack Obama speak was one of the people arriving to hear Jesus, when he gave the sermon on the mount.

Two days before he is inaugurated as the 44th President of the USA, Barack Obama, his wife Michelle and their two daughters Malia and Sasha are due to make an appearance at the pre-inauguration event.

Stars of screen and music, including Bruce Springsteen, Stevie Wonder, Mary J. Blige, Jamie Foxx, Denzel Washington, Shakira, U2 and many more performed songs and delivered readings to the enormous crowd that stretched from the steps of the Lincoln Memorial to the Washington Monument.

The crowd, estimated to be around 500,000 waited patiently for hours. We didn’t however, being the laid back types, we arrived just as Denzel was delivering the first reading.

We did, however, manage to weave our way down as close as we could to the reflecting pool, and position ourselves in front of one of the Jumbo screens, thus ensuring we had a good view of the proceedings.

It was another freezing cold day in Washington DC, but that didn’t dampen the mood of the spectators or the dignitaries.

The air was pulsating with excitement as we waited for the man himself to take to the microphone and every time the camera panned to show him on the monitors, there were cheers and whoops of delight, especially as he sang along to songs like “American Pie” performed by Garth Brooks. Stevie slammed, and Beyonce (minus the usual bounce) but looking and sounding every bit the elegant songstress she can be thrilled the crowd.

Bono and U2 performed with vigour, and you could feel the joy and pride from Denzel Washington, Jamie Foxx and Samuel L. Jackson as they read or spoke about their new president.

If this event is anything to go by, Inauguration day is going to be out of this world. The expectation was high, the joy was greater.

Maybe he can’t perform miracles, but just being elected the 44th President of the USA, the first of African American origin is a miracle in itself when put in context with America’s racist past.

It shows that we have made it into a new era. The 21st century is one of opportunity for all regardless of race. Obama has shown that if you put your mind to it, you can achieve anything, even the top job in the world.

Well, the day came and went, Barack Obama has indeed become America’s 44th President and what a day it was. The crowds were enormous, the biggest I have ever seen in my life, and I didn’t even understand the magnitude of it all until I came home and watched it on CNN. My friends and I were sandwiched somewhere just below the Washington Monument on a day that started around 5am and finished (as far as being outside) some 12 hours later. ...

Boris Johnson is the new Mayor for London. Are you kidding me Londoners, you indeed voted for this guy to be Mayor of one of the best cities in the World. Forgive me, American cousins, I don’t mean to pry into your business, but I feel like we Londoners had done this week what you did when you elected George W. Bush as President. Say what you want about Ken Livingston, but he has pedigree when it comes to doing things for London and Londoners. ... 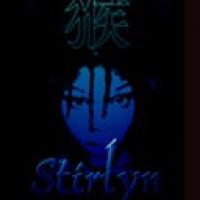 The ramblings of a long time procrastinator
—
Barack, Lincoln, Jesus